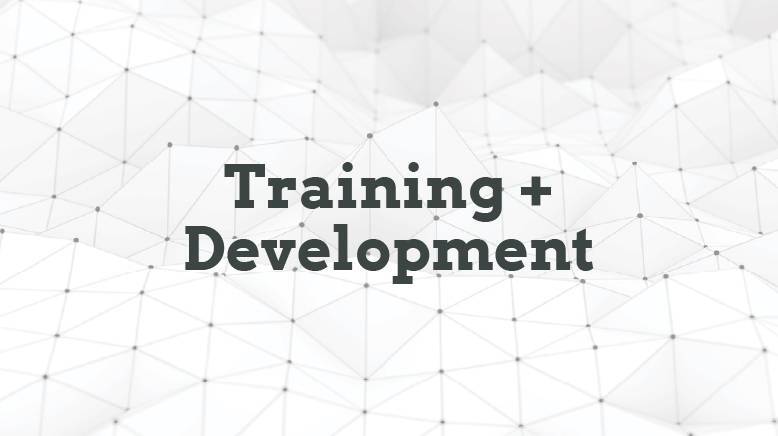 This article was originally published in the May/June 2014 issue of Utility Arborist Newsline.

In 2009 I began my, still relatively new, utility arboriculture career at a utility in the southeastern region of Tennessee. Having graduated some months before with a degree in wildlife biology and a minor in conservation, I was confident that I would be heading to a job working with the Tennessee Wildlife Resource Agency or perhaps with the Nature Conservancy. That dream was short lived due to the declining U.S. economy, as wildlife jobs were being cut faster than new graduates could apply for them. Many of my fellow job seekers had to put their career aspirations on hold and take jobs in the food and hospitality industries.

I took a job at the ACE Hardware store my father was managing at the time. Although it was steady income, I had a hard time working indoors and quickly felt the need to move on. I had applied for several jobs and had been offered a position in Texas to learn how to become a control burn technician. That didn’t sound like something I wanted to do long term. Fortunately, it wasn’t long before I discovered a job posting for a utility forester a few hours away from my hometown, and I promptly sent in my application. I had no idea this career even existed and was excited to find out that the position was primarily outdoors working with trees. Sign me up!

My interview went well, and I was offered the job. Anyone that has started their career as a work planner knows that it is not an easy job. As a matter of fact, work planning can be a very mentally and physically draining job.

Being outside all day, every day sounds great, until you realize that a work planner is required to work in hot and humid weather as well as freezing temperatures—and in the rain or snow. Some days, working in remote areas, you won’t see a soul, and other days you meet every person on the block. In most cases, you work solo and have to be extremely self motivated. Most utility foresters work 10 hour days, four days a week, and are on call 24/7. If a severe storm hits your utility’s system, you may be out for much longer hours in challenging conditions. While out inspecting lines, it is entirely possible to go home with ticks, chiggers and a dog bite, and that may just be your Monday.

The job function itself was the toughest thing for me to understand. I must admit, there were many days early on when I just didn’t see the point of what we were doing. Who cares if a tree grows into a line? What does any of that matter to me? After all, it was an easy fix—just prune the tree. As time went on, I admit that I began to develop a love/hate relationship with my job. It should be noted here that I am a tree-hugger. I was raised to respect nature, to do what I could to protect it, and to make my impact as small as possible. And here I was, marking trees to be slaughtered! I just didn’t get it. I knew that limbs could cause outages and that no one wanted to be without power, but wasn’t there a better way?

My inner battle with these issues went on for almost a year, and then things changed—I was hired by a new company and relocated to a utility in northern Georgia. After some time at this new company, CN Utility Consulting, I began to understand things a little more clearly. The battles that I had internally with our treatment of trees began to dissipate once I became trained in why vegetation management is critical to a utility. I learned that if a tree is pruned properly it can “heal.”

I learned that if we don’t maintain the vegetation along utility lines, it is not just an outage that could occur—someone could get hurt or killed. I understand now that a tree coming in contact with a power line has the potential to become a conductor, anything coming in contact with that tree could also become energized, and this is why the utility needs to prune away any part of the tree that is touching or will eventually touch the line. All of this information and training gave me the knowledge and tools to perform my job with confidence and clarity, and after three months with our North Georgia Electric Membership Corporation contract, I was promoted to lead consulting utility forester.

Continuing education and experience has also inspired me to do a better job! It has motivated me to help educate NGEMC’s line clearance contractors about why it is important to prune trees properly. It has given me the opportunity to work with the public, teaching them how planting the right tree in the right place can provide them with safe, reliable electric power. It has also given me the chance to expand my knowledge of arboriculture, and how we as utility arborists can better serve our utilities, nature, and our communities all at the same time.

I have been fortunate to have opportunities that have both challenged me and exceeded my expectations since my career began. Some of the challenges have been self-inflicted (perhaps I, on occasion, tend to have too many balls in the air) and others unfortunately inflicted by others.

For example, some people believe that this field is not for females. I will clarify that these run-ins have been few, but memorable to say the least. I’ve heard comments such as, “Since when does a woman do this job?” or my favorite, when a general foreman said to his crew (who I was standing among), “If this was easy work, they would have women doing it!” My intention is not to use this outlet for a discussion on equality, but instead to focus on how we can all learn from each other’s experiences. I rarely, if ever, think about the fact that I am a woman when I show up for work. I believe a person’s gender has little, if anything, to do with their capability to do a job. I would rather talk about drive and dedication, about a desire to do a better job, and learn and use that knowledge to support others working in this field.

I hope that there are more people like me who enter into this field—and when I say like me, I don’t mean women. I mean people who care about trees and nature and enjoy working alone and with others in a really interesting industry (and who don’t mind dealing with snow and ticks, too). I’m glad I stumbled upon the opportunity to become a utility forester, and I know I’m one of many who have a desire to improve upon what’s being done at their respective utilities, the companies they represent, and what we do as an industry for the public.