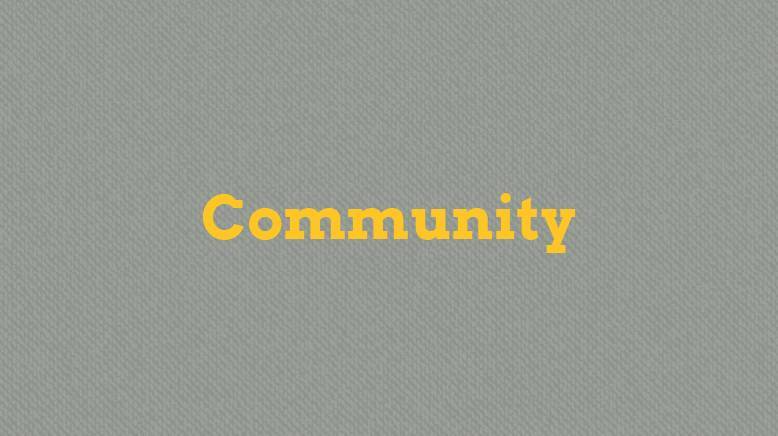 In April 2011 history was made. A record number of tornados swept across the Southeast region of the United States, with the National Oceanic and Atmospheric Administration (NOAA) reporting over 200 tornados occurring in a three day window. Many of the tornadoes hit with force, registering up to EF-5 on the Enhanced Fujita scale and causing more damage than the region had ever seen. The tornado that swept through North Georgia EMC’s service area on April 27 destroyed countless homes and businesses, demolished a portion of NGEMC’s electrical grid, and claimed 12 lives by the time it had strengthened to an EF-4. In its wake, 24 circuit miles of line, 230 transformers and 371 poles were decimated, and countless lives were forever changed. Crews worked around the clock for days to restore power to those who had lost so much. When the lights came back on, the residents of Catoosa County, Ga., began to pick up the pieces. Two years later a community project was born: Replanting Ringgold.

Replanting Ringgold is a community outreach initiative designed by a small team at North Georgia EMC, with the primary goal of helping communities replant trees lost during the storm. System Arborist and CNUC Consulting Utility Forester Erica Lewis, and NGEMC Power Supply and Vegetation Management Director Randy Skidmore had other goals in mind as well.

“Not only did we want to replant trees in hard hit areas, but we also wanted to take an opportunity to serve a community that had lost so much. While doing so, we could help our members understand the importance of ‘Right Tree, Right Place’ and the dangers of trees being too close to power lines. It was a project that not only gave back to a community but also educated our members,” said Skidmore.

The Replanting Ringgold team mapped out the areas hardest hit and then researched to see if any other re-beautification projects were being executed. We found that other replanting efforts had already occurred in parts of the city and downtown area, so we targeted the residential areas of Cherokee Valley and its secondary roads. Being directly in the path of the tornado, the Cherokee Valley community had extensive damage. Many of the lives lost were residents of Cherokee Valley. A substantial number of houses in this community were completely destroyed, and a number of people were afraid to rebuild. Those who did rebuild were contacted by NGEMC through a letter explaining the Replanting Ringgold initiative.

Residents interested in having trees planted on their property by volunteers were asked to schedule a consultation with Replanting Ringgold team members. The first phone call came two days after the letters were mailed and was followed by a steady stream of members excited to hear that they were not forgotten and that people cared. Consultations began the following week to discuss with homeowners the best species for their yards and to verify that the trees selected followed “Right Tree, Right Place” practices.

There were many needs to be met and so much work to be done. The team wanted to raise enough funds to allow each household at least two trees. We needed to come up with a list of species that we could plant and purchase at a reasonable cost. Also, many volunteers were needed to help rebuild. Our goal was for all of the digging and planting to be done by volunteers, instead of the residents. Many residents were still working to rebuild and restore their homes and properties, and we wanted them to feel supported rather than asked to do more.We had to get dig permits for over three miles of road and find nurseries that could supply the quantities and types of trees requested. We planned to meet with each household and identify what to plant and where. We worked to build alliances with the city, county and with potential sponsors. We designed a logo and brochures, wrote letters and press releases, printed signs and t-shirts, made phone calls, and knocked on doors to spread the word.

When we met with each resident, we gave them an illustrated brochure that described the selection of different species available to them, including trees and shrubs of various sizes that would fit in a variety of spaces and landscape designs. The tree species used in the replanting were chosen for their maximum height/canopy, blooms and foliage, and wildlife attractors. Small shrubs such as Forsythia (Forsythia x intermedia) and Butterfly Bush (Buddleja davidii) were offered, along with large trees such as Red Oaks (Quercus rubrum) and White Oaks (Quercus alba), giving homeowners a range of choices.  After meeting with the participating members, we identified the planting locations with color-coded stakes in the ground. Each stake was colored to coincide with a species. This allowed us to be organized when dropping off trees the day before planting and also gave the member a chance to visualize the placement of the tree.

To raise money for the purchase of the saplings, NGEMC reached out to our contractors working on the system, as well as Georgia Power Company and our power supplier, the Tennessee Valley Authority. Contributions poured in, as well as volunteers ready to donate their time to help replant! Through donations from our contractors and NGEMC personnel, we raised enough to purchase our goal of two hundred trees.

In addition, there was a large dedication stone placed in the downtown area of Ringgold. We met with city officials and got approval to plant a few trees in a park by the river walk. The dedication stone would commemorate the day of the storm, April 27, 2011, and also serve as a memorial to the lives lost. We found a beautiful sandstone boulder at a local quarry and had it inscribed. A dedication ceremony was planned for the afternoon of the planting.

As the Replanting Ringgold event drew near, preparations continued. We found a nearby church willing to serve as our base camp. Volunteers would be organized in teams of 6-10, and each team would have a forester or arborist as the team captain who would help ensure healthy planting techniques. Before the event, trees were picked up by local nurseries and dropped off at various locations. When the teams arrived at their location, they would simply have to dig the hole, plant the tree, and move on to next location.

On April 27, 2013, the forecast of clouds and rain didn’t dampen the spirits or efforts of our large group of volunteers. By 8:00 a.m., the church parking lot was filled with cars and excited people ready to help. Volunteers were greeted by NGEMC employees, asked to sign in, and given complimentary Replanting Ringgold t-shirts. Volunteers enjoyed a nourishing breakfast generously provided by members of the host church. Teams were divided, and team captains gathered their crews and headed out to dig. We had such a great turnout of volunteers that all 200 trees were planted in just over two hours. Many teams even came back to the church to pick up spare trees for people who had not contacted us before. After each tree was planted, the teams presented a care package to each household. The package included a picnic kit, instructions on caring for their trees, and a poem of remembrance. The teams then congregated at base camp to enjoy an early lunch, also provided by the church. Following lunch, volunteers and residents congregated at the ball fields for the dedication service.

Throughout the day, a light rain fell to bless our efforts and nourish the trees. Along with trees and shrubs, friendships and special memories were planted. As stories, tears and laughter were exchanged, bonds were formed, spirits were lifted, and healing continued.

Our hope is that Replanting Ringgold will inspire other utilities to reach out to damaged communities. Through education and compassion, we can not only improve our Rights-of-Way, but we can also enhance quality of life, strengthen community spirit, and forge new partnerships.

By Director of Research and Development Randall H. Miller 2020 was a year of calamities, rightfully headlined by COVID-19. However, it also included hurricanes, earthquakes, civil unrest and the costliest derecho on record. A derecho is a complex of thunderstorms with winds greater than 58 mph (95 kph) with windspeeds over 100 mph (160 kph) […]

Wright Service Corp. launched a nonprofit organization in December 2020 called Wright Foundation for Sustainability and Innovation (WFSI). The nonprofit aims to foster innovative sustainability initiatives that make a positive impact on the planet by reducing carbon emissions and promoting carbon positive practices. WFSI will run independently from Wright Service Corp. and its family of […]

The Importance of Getting Involved

It is important to get involved in our industry. Specifically, if you’re looking to impact the direction utility vegetation management (UVM) is going, it’s important to participate. Each year CNUC provides Utility Arborist Association (UAA) memberships to all our employees and we encourage those that want to get involved to do so. For the past […]