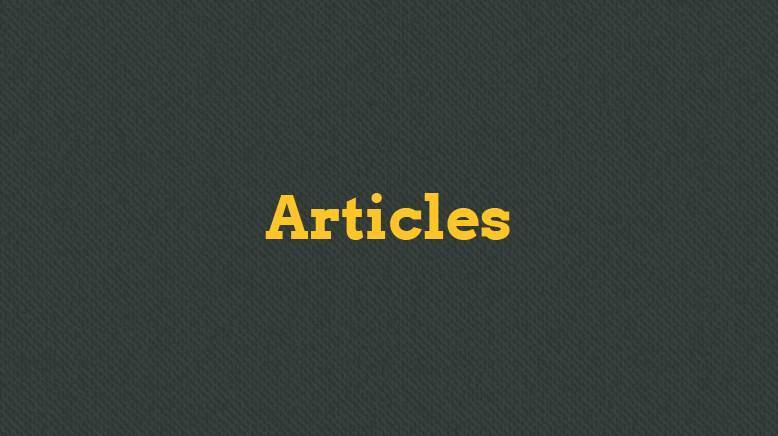 By Randall H. Miller, Director of Research and Development

I started my career in utility arboriculture in the early 1990s during a dynamic period. At that time, many utilities in the United States had decentralized programs that were run by operations managers, light duty linemen or others without arboricultural training. Roundovers were among the unproductive techniques of the day; damaging trees and ineffectively keeping them clear of powerlines. In the late 1980s, the work of two industry leaders, Dr. Phil Charlton (now UAA executive director) when he was with ECI, and Dr. Alex Shigo dramatically changed utility arboriculture.

During that time, Phil Charlton and ECI conducted vegetation management program evaluations for utilities throughout the United States. Among other recommendations, they advised utilities to centralize vegetation management and place it under the direction of professional arborists. I owe my utility arboriculture career to Phil insofar as I was hired at PacifiCorp in response to one such evaluation and recommendation.

Now, toward the end of my career, we are in another period of dynamic change. LiDAR, photometry, unmanned aircraft systems, GIS-based management software, smartphone applications, vehicle monitoring systems and development and improvement of mechanized pruning and removal equipment are prominent among the many advances underway. These changes, like those of the past generation, are exciting and promise to transform utility vegetation management.

In the swirl of all these developments one thing will not change – utility vegetation management’s need for people. Now and for the foreseeable future, utility vegetation management will depend on motivated, intelligent, well trained and educated employees. Manual, cultural, mechanical and chemical treatment methods all require skilled workers, as does organizing and planning work, communicating with customers, and quality assurance and control. That means dedicated people are and will remain our profession’s most valuable resource. In order to succeed, these dedicated professionals need and deserve sound leadership.

As I reflect on my career, I’m surprised at how many supervisors, managers and executives get leadership wrong. They think it’s about their authority. The problem is not only between supervisors and subordinates, but also in the relationship between utilities and contractors. It’s too often characterized by suspicion, micromanaging, criticism, pitting employees against one another, creating politically charged atmospheres and treating people unfairly. It is counterproductive. But it doesn’t have to continue this way; there is a lot of excellent information and training on effective leadership.

I ran across a quote attributed to Theodore Roosevelt that sums up the issue for me. To paraphrase, he observed that the difference between a boss and leader is that a boss drives and works in secret, while a leader inspires and works in the open. Here are a couple resources I think reflect Roosevelt’s views. They are in the Program and Personal Management chapter of the new Utility Arboriculture book on which Geoff Kempter and I worked (Miller and Kempter 2018); Carol Dweck’s Mindset (2006); and Michael Abrashoff’s (2002) resonant leadership concept.

In her book Mindset (2006), Dr. Dweck categorizes managers into fixed and growth mindsets. For a fixed mindset manager, it’s about them and their authority. They’re arrogant and insecure.   Fixed mindset managers consider people’s attributes like intelligence and other capabilities to be inherited, in the same way as height or gender, and there isn’t much any one can do to enhance their skill. Fixed mindsetters consider themselves to be in positions of authority because of their inherent superiority. On one hand, they have contempt for those they consider less able and scoff at what, from their perspective, are futile attempts at improvement. On the other hand, they are threatened by those who demonstrate aptitude. Fixed mindset supervisors are compelled to protect their positions and keep underlings in place by repeatedly proving their superiority as a defense against those who are potentially more talented. They are adversarial, mistrustful and prone to micromanage. They disrupt their workplace, create negative emotions, crush morale, drive people away and undermine productivity. They then blame the “incompetence” of others for the wreckage. They are bosses who are miserable to work for.

Those with a growth mindset by contrast consider personal attributes to be subject to improvement through hard work and practice. They are mentors and coaches who value effort, encourage their employees’ development and manage through positive accountability. They are leaders who build highly functional, productive and successful teams. Growth mindset managers view the success of someone who reports to them as a personal achievement, even if a former report eventually becomes their supervisor. They are leaders who get things done.

Michael Abraschoff, in his 2002 book It’s Your Ship, explains resonant leadership using techniques that Dr. Dweck would likely recognize as motivated out of a growth mindset. Abraschoff recommends that managers lead by example, listen aggressively, communicate purpose and meaning, create a climate of trust, look for results not salutes, take calculated risks, build people up, generate unity and improve people’s quality of life.

My point is that people working in highly functional teams are needed for success. All the extraordinary scientific and technical advances I’ve experienced in my career, from natural target pruning to LiDAR, haven’t compensated for the ineffective leadership I’ve seen. However, the resonant leaders for whom I’ve worked have more than made up for a foundering bureaucracy that was slow to adopt innovation.

Leadership isn’t about the authority of a single individual. It isn’t about a self-important “me.”  Rather, it’s about “us” as a team and the synergies attendant to a team’s collective intelligence and judgement. That won’t change because it’s human nature. Aspire to adopt a growth mindset and lead with resonance. It will contribute more to your success than all the astonishing technological and scientific innovations that you will encounter and position you to have the best advantage when they materialize.

By Ben Keck, Regional Manager As some of you may have heard, CNUC has recently experienced a substantial amount of growth. We began 2019 with approximately 200 employees and within a few months’ time have grown to just under 300 employees. Statistics aren’t my strong suit, but I think that’s about 50% employee growth just […]

By Sarah Lilley, Contract Coordinator When I first started as a CUF with CNUC three years ago, I did what I always do when I start a new job: I invited some coworkers to a pub trivia night. What better way to get to know your new peers than over pints, pondering and punny team […]

By Randall H. Miller, Director of Research and Development I started my career in utility arboriculture in the early 1990s during a dynamic period. At that time, many utilities in the United States had decentralized programs that were run by operations managers, light duty linemen or others without arboricultural training. Roundovers were among the unproductive […]