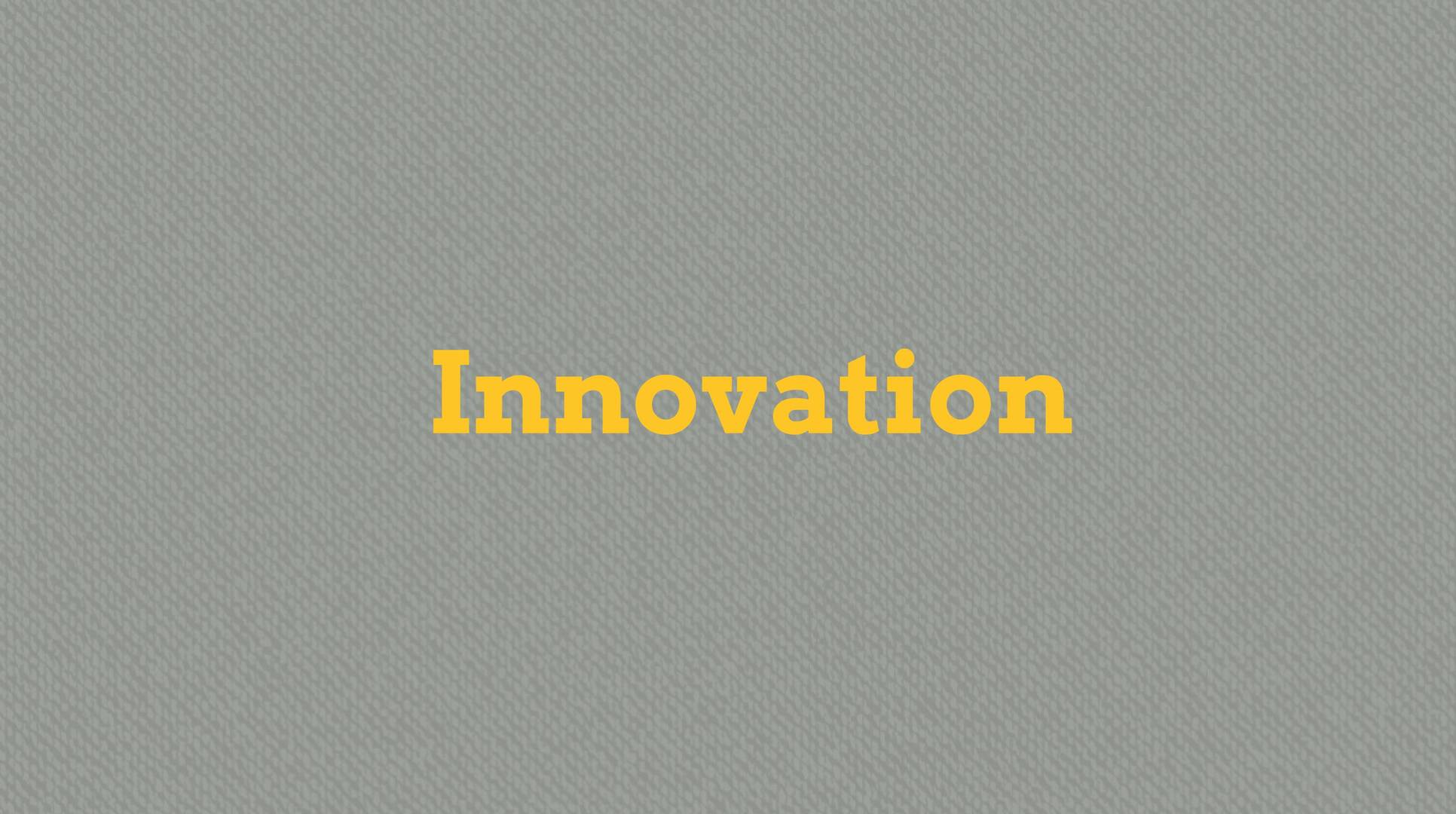 The Future of Transmission Vegetation Management

A Review of the FERC and NERC 2011 Northeast U.S. Snowstorm Report

In October 2011, a storm packing up to 32 inches of snow damaged trees, disabled 74 transmission lines and nearly 50,000 distribution facilities, and left more than 3 million customers without energy for as long as 11 days. As a result, the two most powerful federal regulatory entities in the electric industry and several state regulators were compelled to take a closer look at utilities’ management of trees. The question that appears to be the most pressing is whether utilities’ transmission vegetation management programs are adequately preventing and responding to storm damage.

On May 31, 2012, the Federal Energy Regulatory Commission (FERC) and the National Electric Reliability Corporation (NERC) published the “Report on Transmission Facility Outages during the Northeast Snowstorm of October 29-30, 2011 Causes and Recommendations.”  The executive summary closes with the following advisory (p. 10):

Before addressing the recommendations made in this report, a quick review of where transmission vegetation management is today and a statement about distribution system reliability impacted by the storm is appropriate.

The 2011 Northeast snowstorm, possibly the worst October Nor’easter in Connecticut in four centuries (FERC and NERC, 2012), caused exponentially more damage to distribution systems than transmission. The report does not discuss the adequacy of distribution vegetation management, only that of transmission. If the distribution system had shown greater resiliency to the storm, and if the restoration had been timelier, the transmission system would have been in greater demand. The higher demand on the damaged transmission system would have likely resulted in a significant increase in transmission failures, and these failures could have affected a larger number of customers and stressed the bulk power system.  The report suggests this will be the case in the future, and transmission resiliency to storms will become more vital.

In 2007 FERC adopted the FAC-003-1 requirements, setting in motion the first mandatory North American standard for managing trees and other types of vegetation. The reason: to ensure reliability of the electric grid, which is designed to deliver seamless electricity to all consumers within reach of the grid – most of North America (NERC, 2006).  FAC-003-1 has successfully, with the cooperation of electric transmission owners and operators, prevented grow-in, tree-caused outages (NERC, 2012).

The tree-related outages that occurred in the 2011 Northeast snowstorm were all categorized as fall-in, tree-caused outages. With respect to this storm, FAC-003-1 was ineffective at preventing outages caused by trees, because FAC-003-1 is not applicable to lines under 200kV, unless designated otherwise by the regional reliability organization. According to the report, six of the transmission lines that sustained outages were elements of the bulk electric system (FERC and NERC, 2012).  However, none of the 55 transmission outages caused by trees were subject to FAC-003-1, except one 345kV line (FERC and NERC 2012). All but four of the 74 total transmission outages involved 115kV lines. The report concludes that lines under 200kV throughout North America are not subject to any transmission vegetation management standards, unless they are promulgated by the state they are in (FERC and NERC, 2012).  The report stops short of calling for a new FAC-003-1 bright line of 100kV, but given the effects of the storm and the recommendations from the report, one could predict sub transmission lines will become subject to utility vegetation management regulation if the recommendations are not met.

If FAC-003-1 did apply to the 115kV lines that failed from snow and ice laden branches coming into contact with them, it would have been ineffective at preventing outages caused by trees off the ROW, which accounts for 70 percent of the storm’s tree-related outages. FAC-003-1 does not require risk trees that are off-ROW to be addressed, although the objective of FAC-003-1 does call for minimizing outages caused by off-ROW trees falling into the lines. If FAC-003-1 was applicable, it could have been effective at preventing Category 2 outages caused by trees that fell into the lines from within the ROW, which accounted for 30 percent of the transmission tree-related outages.

On the other hand, FAC-003-1 may not be an effective rule for preventing many on-ROW, fall-in outages, because the definition of ROW is not clear, and Clearance 1 is discretionary and can allow on-ROW trees to grow tall enough to fall into lines. It is interesting to note that FERC and NERC relate the FAC-003-1 Clearance 1 methodology to the on-ROW outages that occurred on lines not applicable to FAC-003-1.  The report states Clearance 1 specifications are not a best practice if they allow on-ROW trees to grow tall enough to cause a fall-in outage. All of the on-ROW trees that caused outages were outside the “maintained ROW” (NERC and FERC, 2012, p. 29). Even on lines above 200kV, it is unclear whether companies must report on-ROW outages outside the maintained ROW, but in the easement area where utilities do have rights. It is also unclear which outages are exempt from reporting when the causal conditions are understood to be a force majeure. Some interpretations of FAC-003-1 have assumed force majeure provides exception to on-ROW caused outages. Others have stated their maintained ROW is the defined ROW, so that target trees outside the Clearance 1 distance are not considered in the ROW.

Given the report’s recommendations, quoted above, utilities have to do a better job of managing trees outside the ROW. However, FERC and NERC recognize the problem of preventing transmission outages caused by trees off-ROW, where currently no one but the individual property owner has the ultimate authority over most proactive management of vegetation risks. Although this report did not mention it, many utilities have off-ROW hazard tree removal rights. Perhaps this is a right all utilities should have to manage transmission corridors. In the report, FERC and NERC affirm the purpose of FAC-003-1:

Of the more than 3 million customer outages, 130,000 were the result of transmission lines. Seventy-one percent of the transmission outages were caused by trees off the ROW (39 trees), 22 percent were caused by trees on the ROW (12 trees), and 7 percent were inconclusive (4 trees). It should be noted that these numbers appear in the report on page 29, footnote 62 and figure 12, which only express the 51 conclusive tree related outages. Six of the tree-caused transmission outages, or 11 percent, involved elements of the bulk electric system. Utilities, generally, are not compelled to manage the vegetation that causes the majority of outages, such as happened in the 2011 Northeast snowstorm. However, the report states NERC has been directed to expand the applicability of regulations.

The future of transmission vegetation management is going to include greater responsibilities for controlling fall-in trees that impact the reliability of the transmission grid. The FERC and NERC report emphasizes this directive, but how utility companies will accommodate this need is still to be determined. State utility commissions are already addressing the problem with stiff penalties for not adequately preventing and responding to widespread outages. It is also expected, as the report states, that NERC will expand the applicability of FAC-003-1, or perhaps there will be a new regulation with requirements for fall-in trees on and off the transmission ROW. Finally, it is improvements to distribution prevention and response to widespread outages that will make more vital the improvements to transmission vegetation management.

FERC and NERC. (2012, May 13). Report on Transmission Facility Outages During the Northeast Snowstorm of October 29-30, 2011, Causes and Recommendations.  Retrieved from http://www.ferc.gov/legal/staff-reports/05-31-2012-ne-outage-report.pdf

From Crisis and Challenge Comes Innovation

By President and COO Derek Vannice Since the start of the pandemic, I’ve tuned in as today’s management experts discuss the opportunities and innovations that have come from the adaptations we’ve had to make. I’m reminded of my college days, when I took an ecology class that looked at species survival over time as observed […]

Utility Vegetation Management and Technology Should be a Partnership

By Randall H. Miller, Director of Research & Development   We are in a golden age of technological advancement in utility arboriculture. Utility arborists are rightfully interested in applying technology to optimize efficiency and quality control. This issue of Utility Arborist Newsline is one of many devoted to technology. Technology is also a common topic […]